The sea of the Cinque Terre

The sea of the Cinque Terre The Cinque Terre are above all ... the sea of ??the Cinque Terre. A very "special" sea and coast: with the exception of two sandy stretches near Monterosso and other mainly gravelly or pebbly beaches, the coast is overhanging the sea with cliffs that are often completely vertical. The steep course of the coast continues even below sea level. Characterized therefore by considerable depths, the waters of the Cinque Terre are considered among the most varied and rich in marine fauna of all Liguria. "Punta Mesco", north-west boundary of the Cinque Terre Marine Reserve, is surrounded by deep and deep vertical and sudden lifts, near which live both pelagic species such as amberjack and snapper, and non-native species such as bream, corvine and some grouper . Furthermore, the rocky substrate is home to multicolored "Paramunicee" colonies and, in the deepest and darkest caves, the red coral. In the most pristine beaches, with sandy substrate, there are sea fleas, crustaceans, numerous insects, spiders and the remains of Posidona. From Punta Mesco to Monterosso, the seabed is rocky, not too deep; low in front of Monterosso with a beautiful expanse of sand that goes out to sea offering the ideal substrate for the "Posidonia Oceanica", a true lung of the marine ecosystem, increasingly rare due to trawling. The Monterosso prairie is now included in the area of ??the Cinque Terre Marine Reserve and is therefore protected. Equipped with roots, stem and leaves, Posidonia is a superior plant, an important biological indicator as it is very sensitive to pollutants; it increases among other things the consolidation of the substrate where it settles, constituting real grasslands, and limits the effect of erosion of the waves on the coast. Heading towards Vernazza, the coast becomes high, jagged and rocky with equally rocky bottoms near the shore. Near Vernazza, in particular, the walls plummet to the depth of 14 meters, while, beyond Punta San Pietro, in correspondence of the village of Corniglia, the seabed degrades more slowly. From here to Manarola, extends a wide sandy bay with a depth of around 9-10 meters, bounded upstream by the beach of Corniglia, which until a few years ago was one of the most beautiful on the coast, with a depth of over 50 meters. Born and fed by the debris coming from the tunnel for the construction of the railway line, today only a few stones remain of the beach, due to the continuous erosion of storm surges and currents. From Manarola to Riomaggiore the seabed rises again and from 12 meters, near Manarola, to the 20/22 meters of Punta Montenero, a promontory that borders the marine reserve towards the south-east. In this section the underwater landscape is very interesting and offers significant insights thanks to the presence of numerous shoals populated both by a multicolored substrate and by many species of fish. Even for the simple swimmers with fins and mask, those that do not dive but only observe the seabed from the surface, this stretch of sea is very suitable, because even at 2/3 meters of depth you have the opportunity to admire a small but not less interesting marine fauna. Among the rocks there are drooling, gobies, colorful damsels that swim around tufts of algae, big shoals of salps and mullets on the surface of the water, a few small bream and red mullet. Swimming close to the coast you can admire the ecosystem of the rice-growing: sea snails, limpets, mussels, seaweeds, hedgehogs, red sea tomatoes among the cracks, the stinging actinias, the crabs and cute shrimps. Looking more in depth the marine fauna grows in size and it is not rare to observe some banded sea bream, green and brown thrushes, shoals of glances and some small sea bream. Swimming towards the open sea, there are beautiful spots of Posidonia and alternating areas of sand. Experienced freedivers can meet with wildlife of considerable size in the vicinity of the reserve areas (we invite you to respect the regulations and the tabulation of the areas of the reserve and to inquire with the competent maritime authorities about permitted and prohibited activities.) In the points where the rock rests on the sand, there are soles, traces, stingrays. In the splits it is common to meet the octopus and the disturbing conger eels and moray eels. In late summer and early autumn, the host is the numerous species of blue fish: anchovies, sardines, horse mackerel, mackerel and tuna.

Another important and rather frequent encounter is the one with the dolphins, (look on the blog at the beautiful video of dolphins in Manarola) species that finds throughout the sea of ??the Cinque Terre, an ideal habitat at least until late spring, before the great influx of boats that are unfortunately an important source of disturbance for underwater fauna. The establishment of the Marine Reserve, has as its objective, among others, to decrease the indiscriminate traffic of boats close to the coastline. Even for underwater photographers, there is no shortage of interesting ideas, especially in the field of "macro photography", given the significant color component of substrates and animal species. Nudibranchs, hedgehogs and damsels are among the favorite subjects.

In short, the sea of ??the Cinque Terre represents a resource that must be safeguarded absolutely both from a naturalistic and biological point of view, as a habitat for important species, and from a tourist-environmental one. In fact, it can undoubtedly compete in terms of quality with the most beautiful backdrops of the Mediterranean, characterized by clean waters (although not always clear given the proximity of the Magra river) and by an absolutely unique coastal landscape that enhances its beauty even more . A boat trip, a mini-cruise represent the culmination of a visit to the Cinque Terre, and the only way to reach some otherwise inaccessible bays, in close contact with an almost pristine nature. 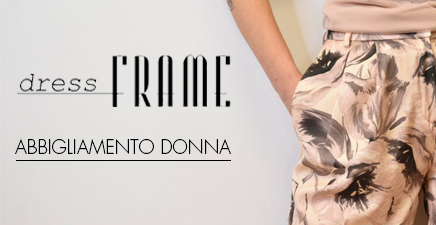